We are a group of professionals in the Environmental field who are committed to the Sustainable Development goals as proposed by the United Nations. 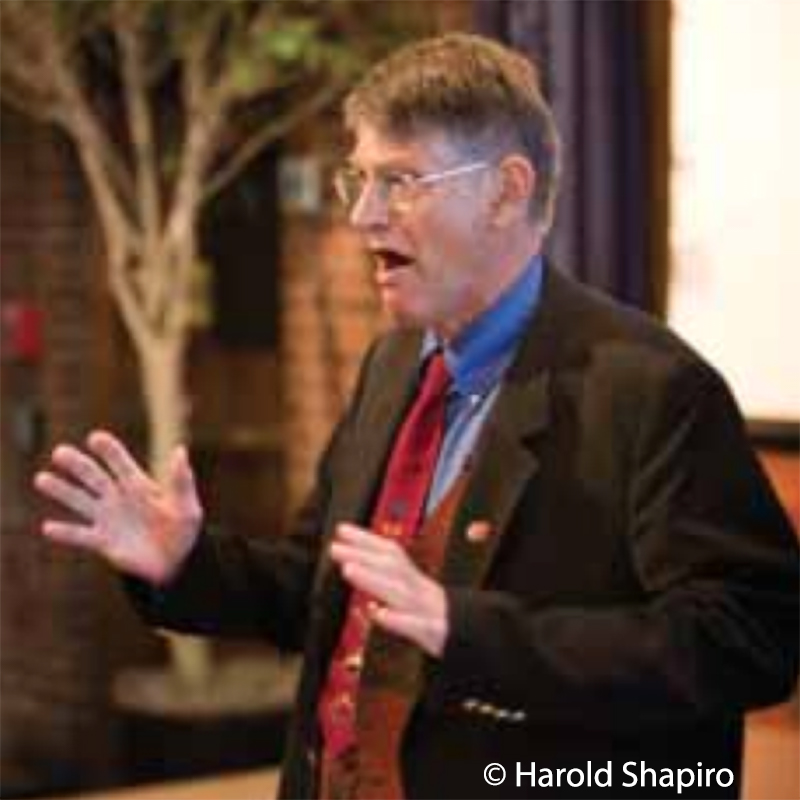 Bill Burch PhD.
Ally
William R. Burch, Jr., Emeritus Hixon Professor of Natural Resource Management/Senior Research Scientist Bill Burch has been referred to as a pioneer of urban and community forestry. For more than four decades, he has founded and directed interdisciplinary programs, developed and conducted research, crafted and taught courses, and authored and edited books on the paradigm-shifting notion that ecological enhancement and community development are inextricably linked. 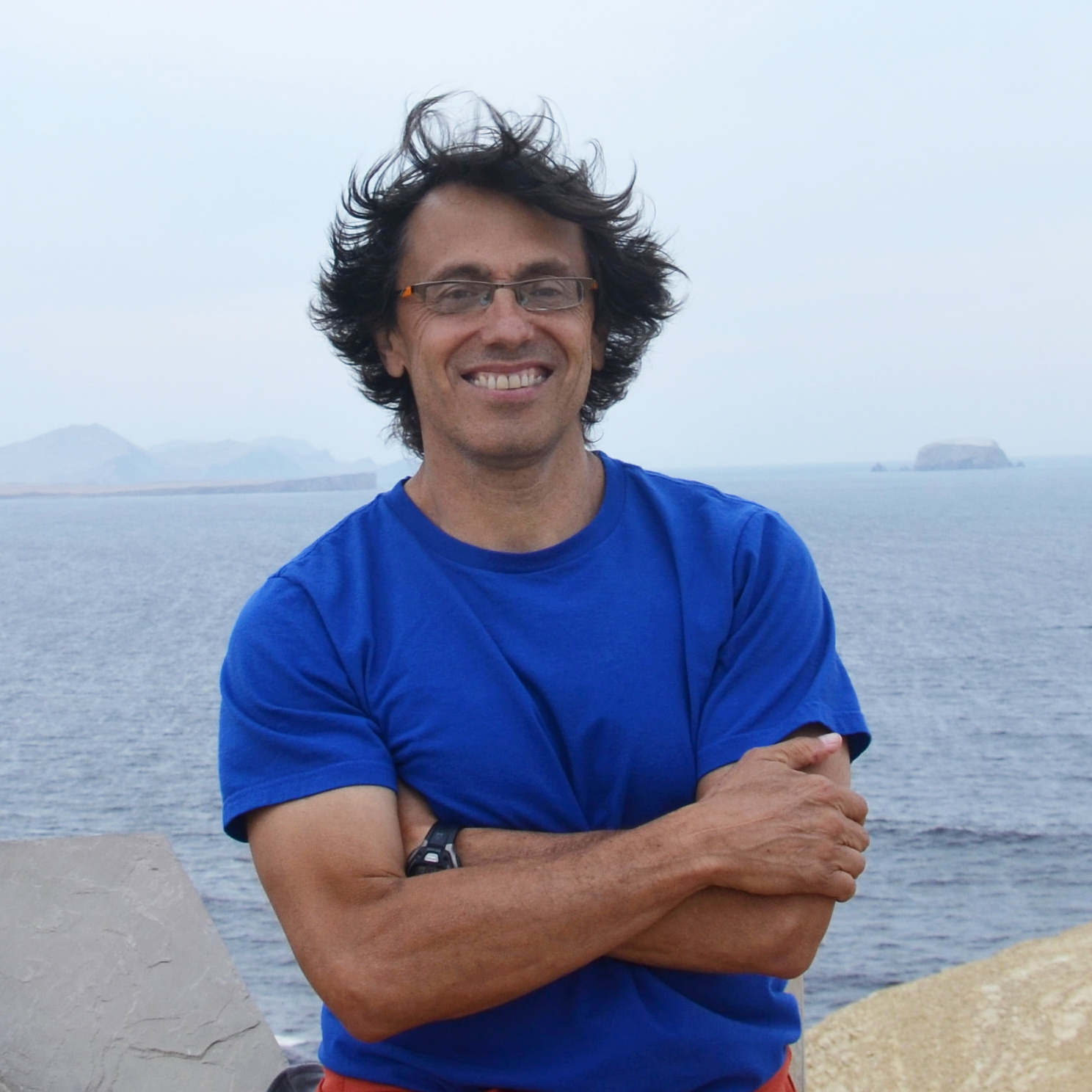 César Morán MEM
Founder
César Morán - Cahusac has a Masters of Environmental Management from the Yale School of Forestry. Throughout his career, he has implemented a vast array of conservation projects, including a debt-for-nature swap financed by Finland for the Machu Picchu Historical Sanctuary. He is the editor of the Machu Picchu field guides for birds, orchids and butterflies and published author. As Executive Director of Amazon Conservation Association- ACA, he developed the first native conservation concession in the world with Amazonian communities. ACA's mayor success lays in the consolidation of Brazil nut conservation concessions that benefit more than 500 farmers and protects over 400,000 hectares of forest. His interest is focused in how to achieve social and environmental resilience through innovation, management, urban environmental services and design. Analyzing systems, operations, value and supply chains, processes and products. 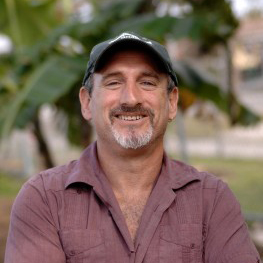 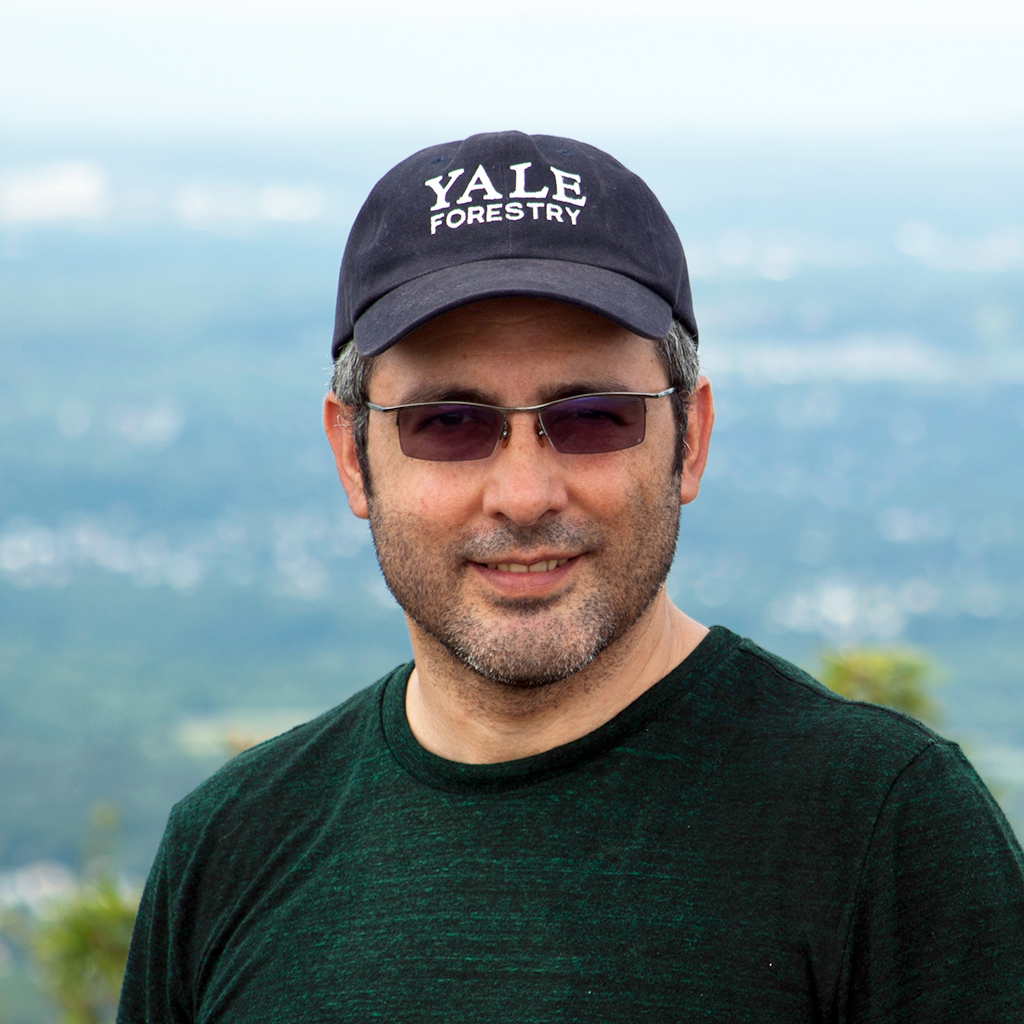 Javier Domínguez MF
Founder
Javier is a forester by training. He holds a Bachelor Degree in Forestry Science from the National Agrarian University, La Molina; a professional title of Forestry Engineer; and a Master of Forestry from the Yale School of Forestry and Environmental Studies. Early in his professional career, Javier worked with non-timber forest products, environmental impact assessments, and projects in protected areas. After moving to New York he switched gears to work in the private sector. Today, he is involved in environmental initiatives at the company where he works. Javier also spends a lot of time pursuing photography as a fine art. 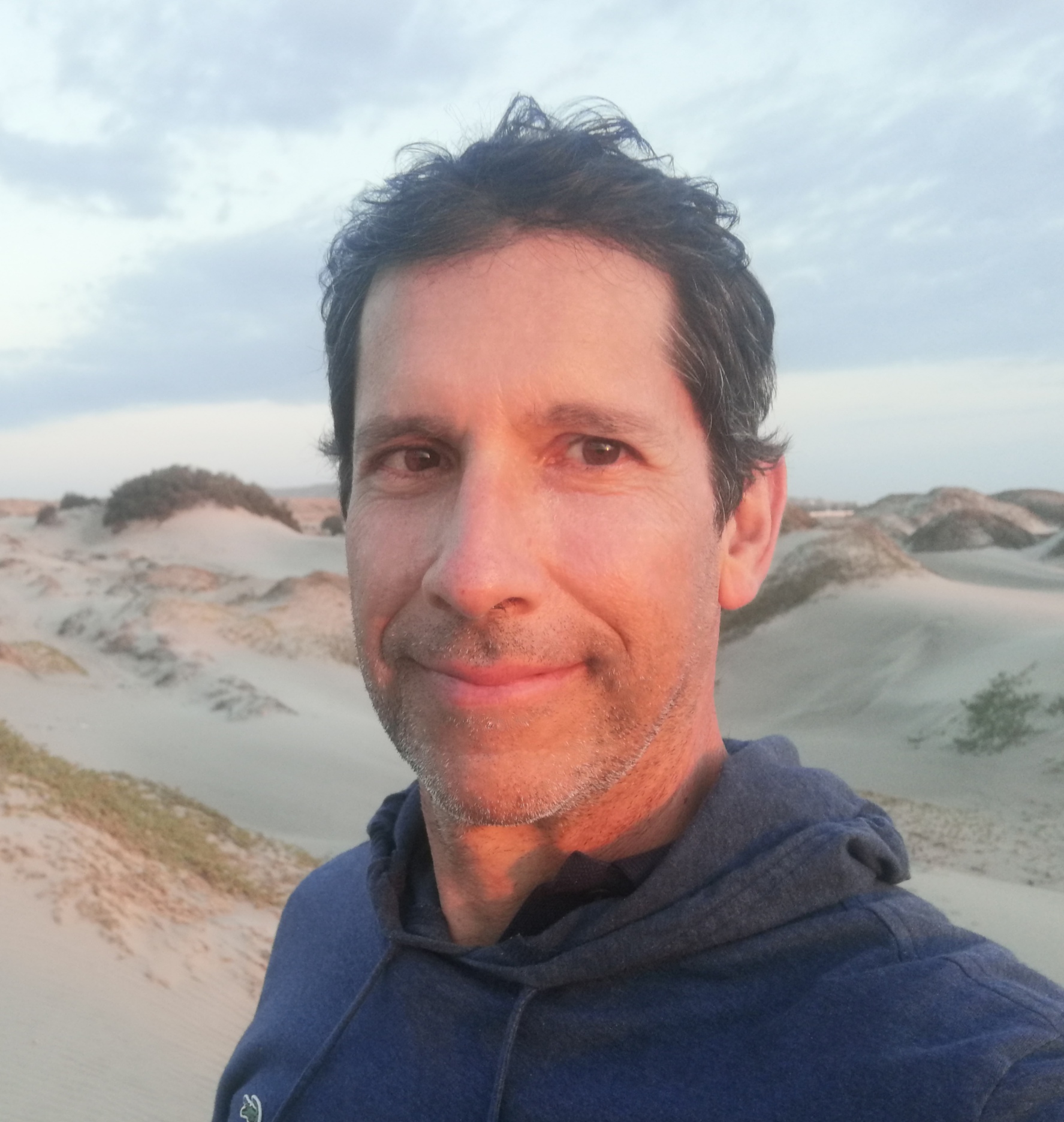 Joaquín Leguía MEM
Founder
Joaquin Leguia Orezzoli has a Bachelor degree in Natural Sciences from Cornell University and a Master of Environmental Management from Yale University. He is founder and director of the Asociación para la Niñez y su Ambiente - ANIA, and creator of the character Ania, the methodology "Children's Land", Carbon for Education, Bonus for Environmental Services in Values and Education and promoter of SDG 18: Active Empathy for Life. Joaquín is a Fellow of the world network of social entrepreneurs of Ashoka and has received various recognitions such as being named Young Global Leader by the World Economic Forum (2007), the recognition by the Ministry of the Environment of Peru for his contribution to the natural heritage of Peru (2009), the Miguel Grau award in values (2018 - Peru), and a Diploma of Honor from the Congress of the Republic for contributing to Peruvian society (2018 - Peru). 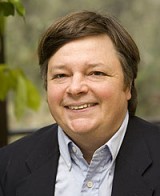 Mark Ashton PhD.
Ally
Dr. Mark Ashton is the Morris K. Jesup Professor of Silviculture and Forest Ecology, and the Director of the Yale Forests. He has conducted over thirty-five years of research on the biological and physical processes governing the dynamics of natural forests and on the creation of their agroforestry analogs. His long-term research concentrates on tropical and temperate forests of the Asian and American realms. His field sites within these regions were selected specifically to allow comparison of growth, adaptation, and plasticity within and among close assemblages of species that have evolved within forest climates with differing degrees of seasonality. The results of his research have been applied to the development and testing of silvicultural techniques for restoration of degraded lands. 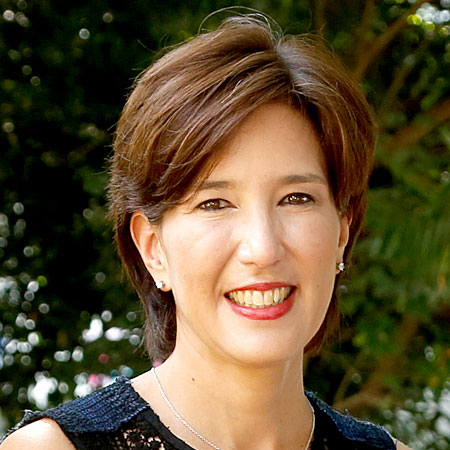 Mirei Endara MEM
Founder
Mirei Endara de Heras served as Minister of Environment (2014-2017) and as Administrator of the Panama Environmental Authority (1994-1999), leading important institutional transformation in each term, most recently elevating the environment to a cabinet level position. The legislation passed in each of those terms allowed not only for the increased institutional capacity and authority, but also allowed an integrated and holistic approach to environment and natural resource management, pushing forward a sustainable development vision and agenda for the country. Mirei was the first Executive Director of the Fundación CALI (Central America Leadership Initiative), helping create the Central American portion of AGLN with the region’s founders in 2005. 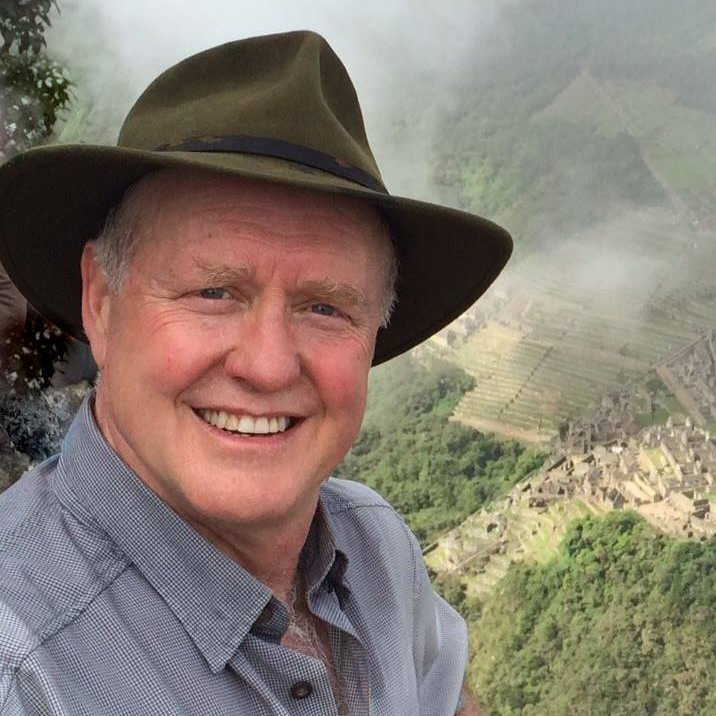 Star Childs MFS
Ally
Starling Childs, II graduated from Yale College with a degree in geology and from the Yale School of Forestry and Environmental Studies, where he received a Master of Forest Science degree. Prior to his co-founding of EECOS, Mr. Childs set up his own forestry consulting business to meet the needs of private, non-industrial forest landowners. His expertise in the areas of land use, forest hydrology, and land management has earned him a great deal of recognition within Connecticut. Currently he serves as a director of Connecticut Forest and Parks Association, Berkshire-Litchfield Environmental Council, and Connwood Foresters, Inc. Through his work he has sought to strike a balance between sustainable management of natural resources and preserving the natural environment. 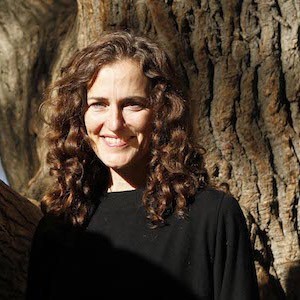 Suzanne Pelletier MEM
Founder
Suzanne has served as the Executive Director of the Rainforest Foundation US since April 2009. Formerly, Suzanne was the Director of Corporate and Foundation Relations at the National Audubon Society. Suzanne holds a Master’s in Business Administration from Columbia Business School and a Master’s of Environmental Studies from the Yale School of Forestry.